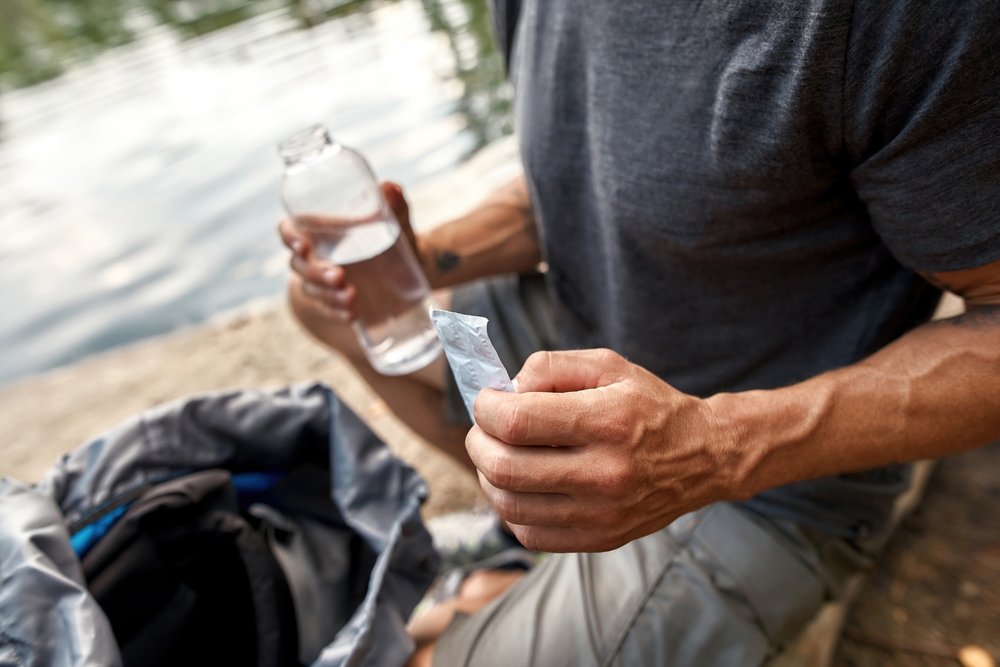 Millions of people travel each year – Some will go abroad, while others will stay within their own country. No matter the type of traveler you are and where you’re headed, it’s important to be aware of the risks associated and take steps to protect yourself from harm.

One such risk is exposure to parasites, which can cause a variety of health problems. You may be surprised to learn that parasites are still a major problem in many parts of the world. They can cause chronic illness and serious health complications, especially for people whose immune systems have already been compromised by other factors.

In this full guide, we’ll provide an overview of parasites and their effects, and discuss how to protect yourself from them while traveling.

What is a Parasite?

Parasites are organisms that live in or on other organisms, known as hosts. They can cause a variety of health problems in humans, including diarrhea, vomiting, fever, and joint pain. There are many different types of parasites, and they can be found all over the world.

Parasites are organisms that depend on their host for survival. They can be classified based on the body location in which they reside, whether they are single-celled or multi-cellular, and the manner in which they feed on the host.

Examples of parasites that reside in the host’s gut are those that cause dysentery, typhus, and paratyphoid fever. Parasites that live in the host’s lungs are called pneumatoceles or lungworms. A parasite can be classified as a parasitic worm if it is longer than 2 to 3 millimeters.

How do Parasites Get Around?

Parasitic infections are spread in the human body in a variety of ways. Contaminated water, waste, food, soil, and even blood might all host parasites like protozoa and helminths. Some diseases may be transmitted through sexual contact. Insects that act as a vector or carrier for the illness are responsible for the spread of some parasites.

Human parasites can be found in the intestines, liver tissue, and lungs. Foodborne illnesses can be found on the surface or inside of food products such as eggs or raw meat.

Who is at Risk of Parasites?

Parasites can infect anybody. However, some individuals are more susceptible than others. The following situations make you more inclined to get a parasitic infection:

Of course, there are more situations where you may be at risk of a parasitic infection but the ones above are the most common ones.

What are the Most Common Types of Parasites in Humans?

Many people think that a parasite is only a worm but this is not always the case. Parasites can be found any type of organism. They can be in the soil, on animals and humans or even in plants or fungi.

One of the most common types of parasites are roundworms and tapeworms which are actually segmented worms. Segmented worms are found in the intestines of humans and animals.

Of course, there are more parasites that can infect the human body and these are the most common:

There are many more that you can catch. But, if you know you’ve eaten some unhygienic food or water or were in contact with feces and experience these symptoms, you should visit a doctor as soon as possible.

How to Avoid Getting a Parasitic Infection While Traveling?

Despite the many benefits of traveling, it’s not uncommon to get sick. Whether it is something you’re exposed to at an airport, your meal, or a bug you pick up from the water; you may be at a higher risk of getting sick as you are exposed to different people and environments.

But how do you plan for the worst-case scenario? First of all, make sure to always drink bottled water. In case you’re traveling to an undeveloped part of the world, we recommend taking a filtered water bottle to clean it and eliminate the bacteria.

Secondly, stay away from uncooked food, or food that wasn’t cooked properly. Make sure to wash your hands before eating as they may get infected.

Last but not least, avoid swimming in river or other places that may be contaminated, including swimming pools.

Note that there are no vaccines nor preventive drugs against parasites and you may have to treat your infection with medication – let’s elaborate on this point.

How to Treat a Parasitic Infection When Traveling?

There are several ways to get treated when infected by a parasite, depending on the parasite itself, the severity, and your overall health condition. In fact, if your immune system is strong enough, your body will most likely be able to get rid of the parasite by itself.

If not, the most common medication is Ecositin which allows you to get rid of the parasite and its effects pretty quickly.

Alternatively, some other herbal medicine and foods will help you get better quickly like anise, black walnut, oregano oil, or even clove oil.

In other cases, a doctor may prescribe you oral medication to take a few times a day.

If you’ve been experiencing painful or unpleasant symptoms when traveling, it could be due to a parasite. When our immune system is compromised by stress or illness, we are more susceptible to parasites and other bacterial invaders.

An anti-parasitic drug may help keep these unwanted guests at bay for as long as a few hours. So, if you’re looking for a safe and effective way to protect yourself from parasites while traveling, consider using an herbal anti-parasitic like Ecositin.